Kim Biddle has transitioned out of Saving Innocence.

Kim Biddle founded Saving Innocence in 2010 to provide rescue and restoration to the thousands of child victims within the United States. While work began overseas in 2003, eradicating human trafficking in partnership with local organizations throughout Southeast Asia, Africa, and the Caribbean, Kim's conviction to help children in our own backyard led her to refocus her efforts domestically. Kim has received multiple awards for her pioneering anti-trafficking work, has been featured on ABC and CBS news programs, and advises state officials in the creation of legislation, leading a national movement to restore the cultural value of innocence and human worth. 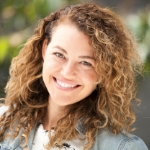