Exciton Clean
Chris Haughey has transitioned out of Tegu.

Chris Haughey is an executive and entrepreneur-in-residence at Centroamerican Consulting and Capital (3C Group), a multinational pharmacy retail and diversified business headquartered in Tegucigalpa, Honduras.At 3C Group, Chris is developing new healthcare-related businesses alongside Farmacias del Ahorro and FarmaValue, which are dominant pharmacy chains in Central America and the Caribbean.Chris is responsible for new business conceptualization, strategy, execution and refinement;together with his team at Salud del Ahorro, he is focused on serving Central Americans' primary healthcare needs with excellence.Chris is also the co-founder of Tegu, an award-winning toy design, manufacturing and distribution company created to bring employment and prosperity to the country and people of Honduras.Between 2007 and 2017, Chris founded Tegu with his brother Will and served as Tegu's co-CEO and COO until 2017, then as Chief Innovation Officer until mid-2018, when he stepped away from the company's management.From 2009 to 2018, Chris led Manufactura Tegu, the Company's manufacturing operation in Tegucigalpa, Honduras.He is the primary inventor listed on Tegu's manufacturing-focused patents and has been an instrumental contributor to bringing Tegu's unique line of magnetic wooden building blocks to market.Prior to starting Tegu, Chris was a consultant with the Los Angeles practice of The Boston Consulting Group, from 2004 to 2007.He was a missionary working with university students with Campus Crusade for Christ in Mexico City in 2002-2003.Chris is a Praxis Fellow (Christian entrepreneurship network) and an Agora Fellow (Latin American social entrepreneurship network), and he was a member of the founding classes of both accelerator programs.He serves on the board of directors of Inversiones La Paz, a Honduran family owned business with diverse investments and retail operations.Chris speaks Spanish and German fluently, loves sports and the outdoors and lives in the mountains above Tegucigalpa with his wife Cindy, their sons Corin and Callan and three labradors.He graduated from Stanford University with a degree in Mechanical Engineering.Chris is a Fellow of the fourteenth class of the Central America Leadership Initiative and a member of the Aspen Global Leadership Network. 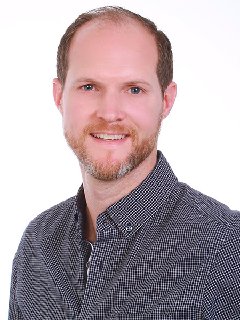